Home / Blog / So You Caught Your Teen Sexting, Here’s What To Do Next 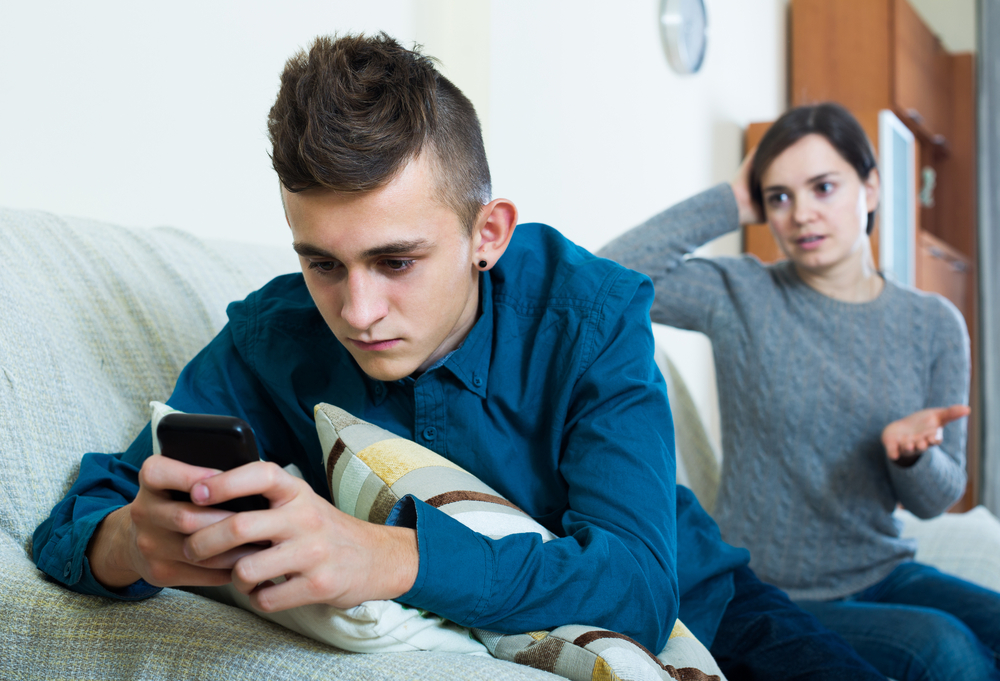 For the most part, the parents of today’s current crop of teens didn’t have cell phones when they were teenagers, so they didn’t have to struggle with sexting. That alone can make it difficult for parents to approach their teens about the subject.

But once you catch your teen sexting, it is time to step up and have some tough discussions with them. Since it can be difficult to know where to start, Help Your Teen Now is here to give you some tips on what to do after you find out that your teen has been sexting.

Open The Conversation With Your Teen

Hopefully, you have already had “The Talk” with your teen, which generally should be a series of talks as your teen grows up and more information becomes age-appropriate. If not, discussing sex-ed will need to be part of your discussion about sexting so that your teen understands the seriousness of their indiscretion.

But to open up the conversation, you may want to talk right after you find out that your teen has been sexting. If the discussion is delayed, your teen may be less likely to open up to you.

As you talk, do your best to keep your tone calm and level. Teens have fragile self-esteem and will often shut down or lash out when they are confronted with their behavior. By keeping control of your tone and feelings, you can create an atmosphere where conversation is possible.

Even in families where there is an open attitude toward sexual exploration, sexting can be a line that it is better left uncrossed. When it comes to your family, it is important that your teen understand your family values regarding sexting.

Some teens who know that their families expect them to wait until marriage—or at least until they are adults—to engage in sexual activity, may consider sexting an “acceptable” workaround. Deep down, sexting teens are aware that what they are doing is wrong, but you will need to make it clear to ensure that your teen understands that they shouldn’t engage in that kind of activity.

Provide Your Teen With Factual Consequence To Consider

Many teens believe that their parents are simply being old-fashioned when told not to sext. Yet, there are some serious consequences that your teen likely hadn’t considered when they sent their salacious text messages.

To help them reconsider their actions, you may have more success by discussing the real-life impact that sexting can have on your teen.

Sending Sexts Can Be A Crime

Teen sexual deviance is not just a matter of morality—sexting can be considered a crime. There have been several cases over the years where teenage couples have sent videos and picture sexts, only to be charged with possession and creation of child pornography.

If your child believes that you are exaggerating, be sure to have a few news stories to share to reinforce your point.

Sexts May Be Shared With Others

Even if your teen is sticking to text-only sexing, they are still at risk of exposure. Recent research has shown that there is a high amount of non-consensual sharing of sexts, and for intimate photos, at least 12.5% of teens are sharing the so-called private sexts.

This route can be especially impactful if your teen is a girl sexting a boy, as girls are often pressured to sext and the boy uses it as a way to show how desirable he is to others.

Bullying Can Happen Due To Sexting

Even if your teen believes that they will never break up with their romantic partner or they “really trust” the other person they are sexting, the likelihood is that the attachment won’t last more than a few months. Post-break up, it is not uncommon for former boyfriends and girlfriends to show sexts to get back at the partner for breaking up, no matter who initiated the break up.

Also, there is no guarantee that the person your teen thinks they are texting are actually the recipient of their sexts. As one girl highlights, being tricked into sending sexts can result in a huge amount of bullying and lead to this girl needing to change schools due to the harassment.

For teens who are unable to control their sexual urges and may have fallen into other sorts of trouble, you may want to consider a boarding school for troubled teens.

By attending one of these therapeutic schools, your teen can relearn healthy boundaries, receive immersive therapy, and attend school all in a supportive environment that will encourage your teen to change for the better.