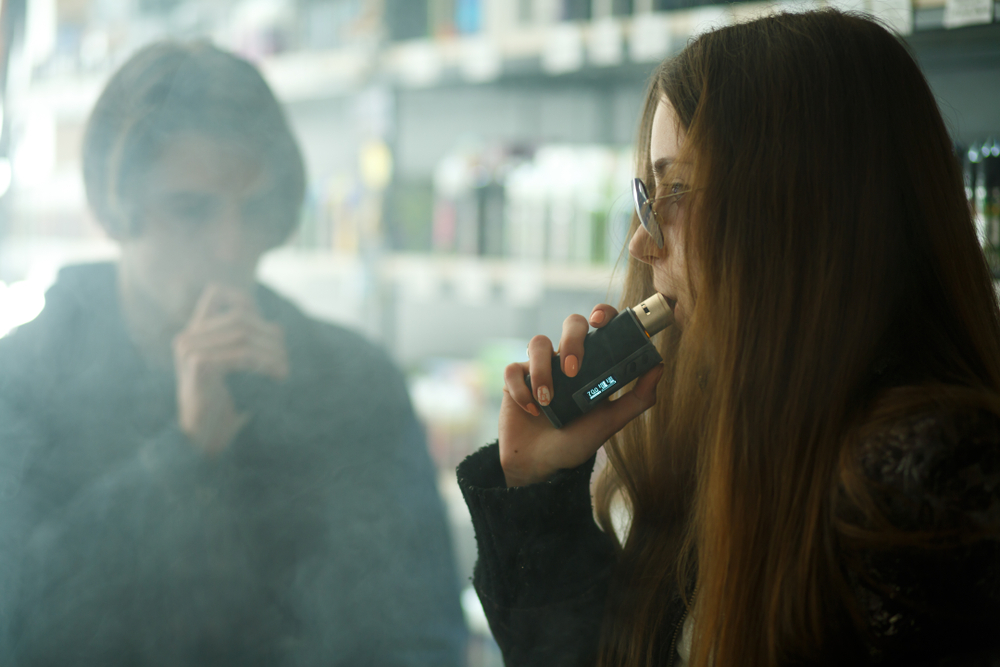 However, it is now illegal for tobacco products—which includes vaping products—to be sold to individuals under the age of 21, thanks to new federal laws signed this past December. That means that if your teen manages to acquire an e-cigarette and other vaping products, they are engaging in illegal activities. That can be a slippery slope to other troubled teen behaviors that will require intervention.

If your teen is under the false impression that vaping is safe and that anyone against is just a stick in the mud, then it’s time they were educated on the real cost of vaping.

Teens are often uninformed when it comes to what exactly they are inhaling when they are vaping. According to the National Insititute on Drug Abuse, 66% of teens believe that there is only flavoring in their e-juice. Add the 13.7% of teens who have no clue about what they are inhaling, and you get a staggering 79.7% of teens who are using a product that can permanently damage their health—and teenagers are completely unaware.

If your teen doesn’t know what is in e-liquids, you should talk to them about these ingredients:

Teens who are looking for a quick chemical rush will often start smoking cigarettes to get the initial high. In fact, researchers have noted that the use of e-cigarettes can act as a gateway drug. As nicotine is highly addictive, it can lead teens to smoke cigarettes, using other tobacco products, and moving on to illicit drug usage.

Parents who are trying to convince their teen about the real costs of vaping should be sure to discuss the health issues that have been found to be associated with vaping. While many teens are under the impression that vaping is completely harmless, that is far from the truth.

What Can You Do If Your Teen Is Vaping

If your teen has been vaping and will still not listen to you about the real costs of vaping, you may be considering a troubled teen program that can help your teenager. As substance abuse is often rooted in emotional or mental distress, choosing a therapeutic program such as a therapeutic boarding school or residential treatment center for troubled teens may be the best option for your teen. That way, not only will they get the behavioral help they need, but your teen will also be able to work through their personal struggles that led them to abuse nicotine products.

Hopefully, with this information, you can help your teen understand the real cost of vaping and help them avoid a host of physical and mental health issues.