Home / Blog / Negative Thinking Patterns in Teens: What Are They and How To Break Them 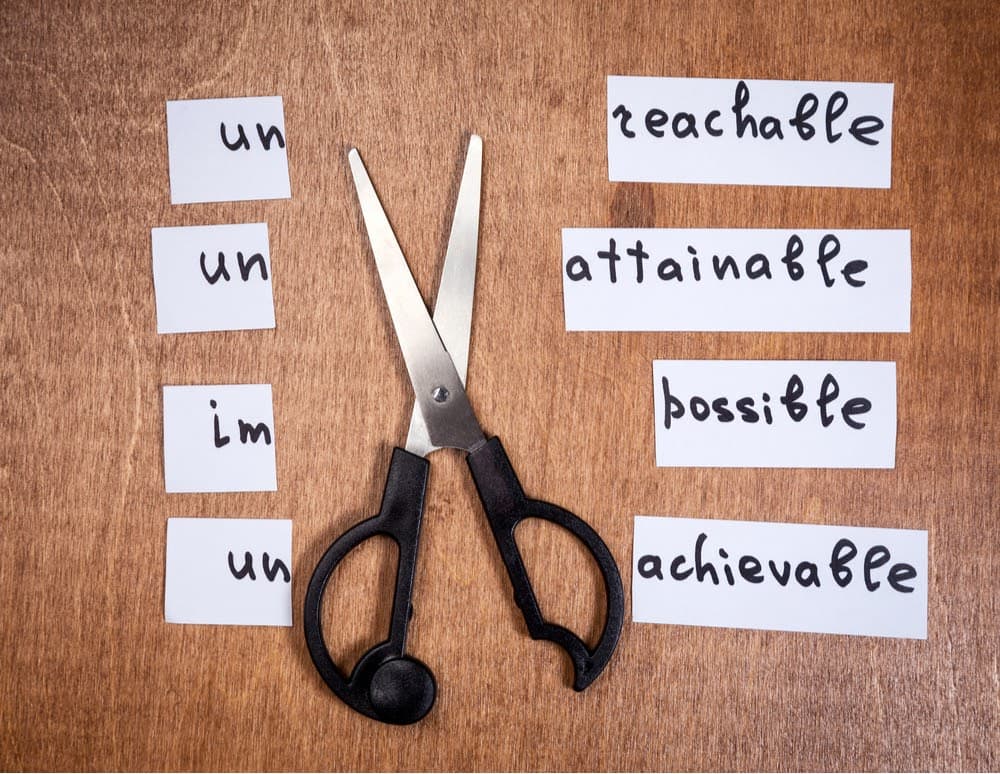 “Nobody likes me dad! I feel like I’m a loser!”, Your troubled teen says to you for the hundredth time this year.

While the tendency to exaggerate may seem normal to the adolescent experience, this tendency might also give you an insight into thoughts that your teen might be struggling with.

In this article, you will learn more about negative thinking patterns, or what psychologists refer to as cognitive distortions. You’ll learn about what negative thoughts are, the most common types, and what you can do to help your teen with negative thoughts.

Negative Thinking Patterns: When Rumination Changes The Hardwiring of the Brain

Negative thinking patterns are a series of unhealthy thoughts that become an automated way of thinking for individuals. For example, your teen who complains that “Nobody likes me” might first just have this thought come in their mind but then shrug it off. Over time though, your teen might start to see this thought as an indication of their reality and may instead hold on to this thought as a way of understanding the world and the people around them.

As was mentioned previously, negative thinking patterns change the hardwiring of the brain. They change what was a once healthy and dynamic hardwiring to becoming unhealthy and problematic. With these thought patterns, the brain is unable to fully comprehend situations from different angles. This leads some people to labeling those struggling with these thoughts as a “negative person.” But at Help Your Teen, we fully believe that it’s not people who are negative or toxic, but their developed behavior.

The effects of negative thinking pattern on the brain and body include:

Overall, negative thinking patterns are also sometimes a sign of underlying mental health conditions such as reactive attachment disorder, anxiety, bipolar disorder, borderline personality disorder, and depression. If you suspect that these conditions are the cause of their thought patterns, consider therapy or residential treatment centers for teens.

An example of this thought pattern might be, your teen doesn’t get into the extracurricular club that they wanted to be a part of, so your teen tells you, “I’ll never try out for this club again. It’s over.”

With this thought pattern, your teen predicts things that can happen and these predictions are most often negative.

As the term implies, with negative self-labels, your teen is unable to differentiate negative occurrences from themselves.

For example, if your teen doesn’t get the text from a friend that they’ve been waiting for, then they might think things like, “He didn’t text me because he doesn’t like me” or “They didn’t talk to me because I’m weird.”

For example, after getting a good grade on a test, your teen might tell you something like, “Well, I didn’t really study for it. I’m just lucky.”

When Negative Thoughts Take Over: Two Ways Your Teen Can Rewire Their Brain

Because these 4 types of negative thought patterns are different and have different roots and ways of presenting themselves, in upcoming articles, we’ll be sharing specific strategies for each. The strategies below are two powerful, yet complex strategies used in cognitive behavioral therapy.

Cognitive behavioral therapists, who study maladaptive thought patterns, sometimes recommend challenging one’s thoughts in order to rewire the brain. For example, your teen might might keep a thought record, or a record of some of the thoughts that they’re having throughout the day. After recording these thoughts, they might have a section explaining what triggered that thought and then a section for writing down alternative and healthier thoughts. The chart below is an example of this.

Having your teen challenge their thoughts is important because it gets them to think
outside of the black and white mindset created by negative thoughts. It also gets them to think of alternative solutions and ways of thinking that aren’t so rigid.

#2: Cultivate Curiosity: When Having Your Teen Challenge Their Thoughts Doesn’t Work

If your teen continues to struggle with challenging their thoughts, you might encourage them to be curious about the thoughts that they’re having. Curiosity is important because as the philosopher Eckhart Tolle writes in his book A New Earth, sometimes it’s our internal resistance to things that causes us more harm than the things themselves.

So for example, rather than having your teen simply ignore or challenge their thought, you might encourage them to think about what that negative thought is trying to tell them. For example, Fortune Telling is often a sign of valuing safety and comfort. A teen struggling with Fortune Telling might subconsciously be thinking, “If I don’t try out for the track team, then I can save myself the pain of failing in the first place.”