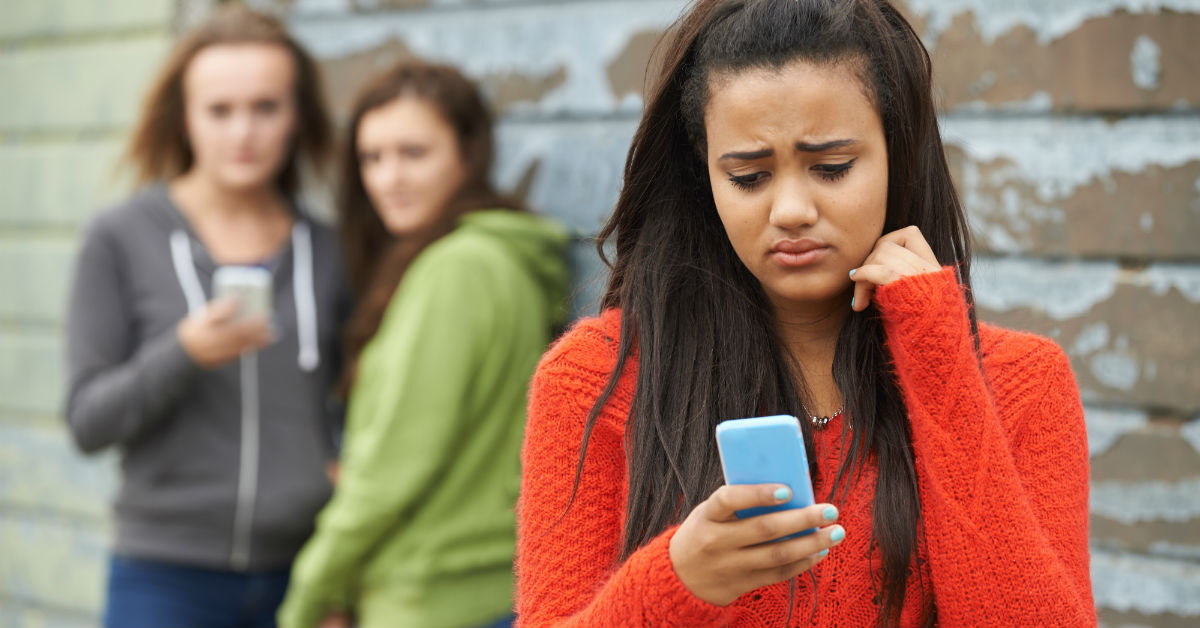 In July 2008, 18-year-old Jessica Logan hanged herself alone in her closet, after returning home from a funeral for a friend. Her friend had also committed suicide. Jessica Logan was a victim of cyberbullying. Mobile phones played a crucial part in this terrible and destructive story. Eight years later the fight rages to prevent cyberbullying, but mobile phones offer endless avenues for cyberbullying of all types.

It started with a nude photo of Jessica her boyfriend obtained from her phone–whether he stole it or received it from her is still unclear. After they broke up, her boyfriend sent the photo to hundreds of other high school girls. Then the trouble really began. Girls started bullying her at school and calling her “slut” and “whore” and even throwing objects at her.

Her mother, like many parents, unfortunately didn’t understand the extent of the situation until it was too late. Misunderstanding, the mother took away her daughter’s car and started driving her to school herself after receiving notification from the school that her daughter was skipping. This only worsened her daughter’s despair. The bullying and cyberbullying continued on many fronts, ultimately leading to Jessica taking her own life.

Before the suicide, and even after, many teens would only refer to this as “drama,” not fully recognizing its traumatic impact. This disconnect between labels and actions leads to some of the pervasive difficulty youth experience in dealing with cyberbullying.

In 2013, amongst the ranks of Woodrow Wilson Middle School, a teen girl gave herself the screen name “Drama Queen” and began sowing the seeds of conflict on her new Facebook page “Let’s Start Drama”. Her peers called it “drama”; we call it “cyberbullying”. She easily circumvented the barriers Facebook constructed to require users to sign up with their real names, and she was now able to operate in anonymity.

After building a following by posting some idle rumors, she began digging for deep dirt. She gained a following of 500, many of them out of the ranks of the 750 kids at her middle school, and began soliciting them for gossip to post. For months, Drama Queen had the power to start fist fights and bullying campaigns with “Who’s hotter?” or “Who would win in a fight” comparison posts. The prevalence of mobile phones and the ease and immediacy of modern communication amplified the effect of her work. After more than six months “Let’s Start Drama” was finally shut down, as a result of special action.

Cyberbullying is real and it poses a serious threat to our children.

To fight cyberbullying we need to better understand it. The latest research defines cyberbullying as “an aggressive, intentional act or behaviour that is carried out by a group or an individual repeatedly and over time against a victim who cannot easily defend him or herself.” Cyberbullying can take many different forms and it is important to be able to recognize and categorize each of them.

Here are eight of the most common faces of cyberbullying:

Damaging cyberbullying behavior is pervasive. A 2011 report from the Pew Internet and American Life Project found that 15 percent of social media users between the ages of 12 and 17 said they’d been harassed online in the previous year. Another study in 2013 from Centers for Disease Control and Prevention found the rates of cyberbullying to be highest amongst whites and most prevalent in the 9th grade.

This is a grim image to face. Thankfully many groups are working simultaneously to help all parties prevent cyber bullying.

These symptoms can certainly result from many different issues, however, as too many parents have learned it is best to acknowledge the warning signs and seek help early. Schools and states apply specific practices (like the Back Off Bully app developed in Connecticut) and it is important to become familiar with those policies.

The Cyber Bullying Resource Center is also an excellent specialized resource. They put together 10 tips for parents whose kids are suffering from cyberbullying.

As a parent-to-parent network, Help Your Teen Now can help. Please call us today for free consulting 800-901-7347. In some cases it is best for a teen to find solstice an environment removed from the situation, and whatever the best solution, we can help.