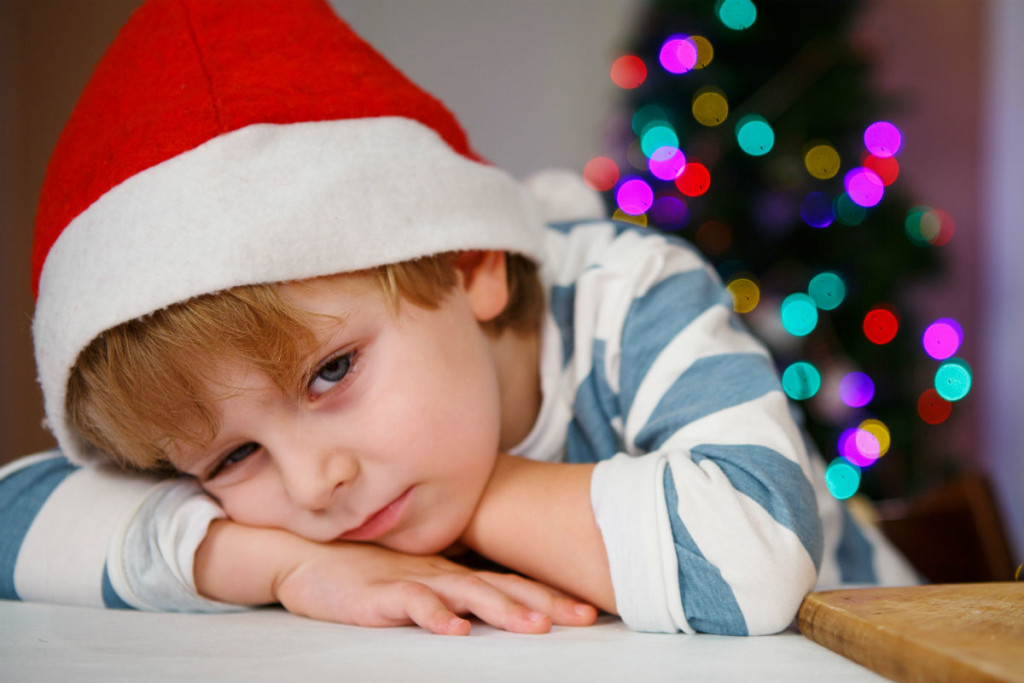 Attachment disorder makes teens uncomfortable with demonstrations of physical affection. Of course, during the holidays, there are often parties, visits with relatives and even school performances or concerts that put teens in a position to receive physical affection like hugs or kisses when they wouldn’t normally have to. You can help your teenager by running interference with relatives and giving them plenty of space as needed, using verbal praise and words of affection instead.

It’s not unusual for teens with attachment disorders to display anger and become irritated at even the smallest things. The holiday season, while joyous for many, is actually a trigger for anxiety, depression and stress for many. When your teenager is acting unusually angry or losing their temper more often lately, it could be the stress of the holidays. Make sure you give your teenager plenty of time on their own, and reduce the number of events, festivities and celebrations to just the most meaningful ones to reduce the stimulation.

Teens with attachment disorders benefit when they have a strict schedule and they feel in control of their world. In other words, when unexpected things happen and schedules are disrupted, it can make them feel out

of control and usher in a range of bad behaviors. The holidays are full of exceptions to normal schedules, from parties and celebrations to new food and new people. Even some of the most cherished holiday traditions may be viewed as interfering with a troubled teen’s carefully constructed life. Parents can help their teens with attachment disorders by making as few changes as possible to the family’s daily routine and giving the teen plenty of notice when things will indeed be different.

Dealing with attachment disorder in your teenager is challenging no matter what time of year, and there are plenty of reasons to look at the holiday season with dread because of all the extra triggers that you and your family will face. However, if you spend time strengthening your relationship with your teenager during the year, plus minimizing the impact that the holidays can have on your troubled teen, your family can look forward to the season instead of dreading it. Remember to bond as much as possible, plan low-key and meaningful activities together, and allow your teen to express themselves and take the space they need to get through the season.