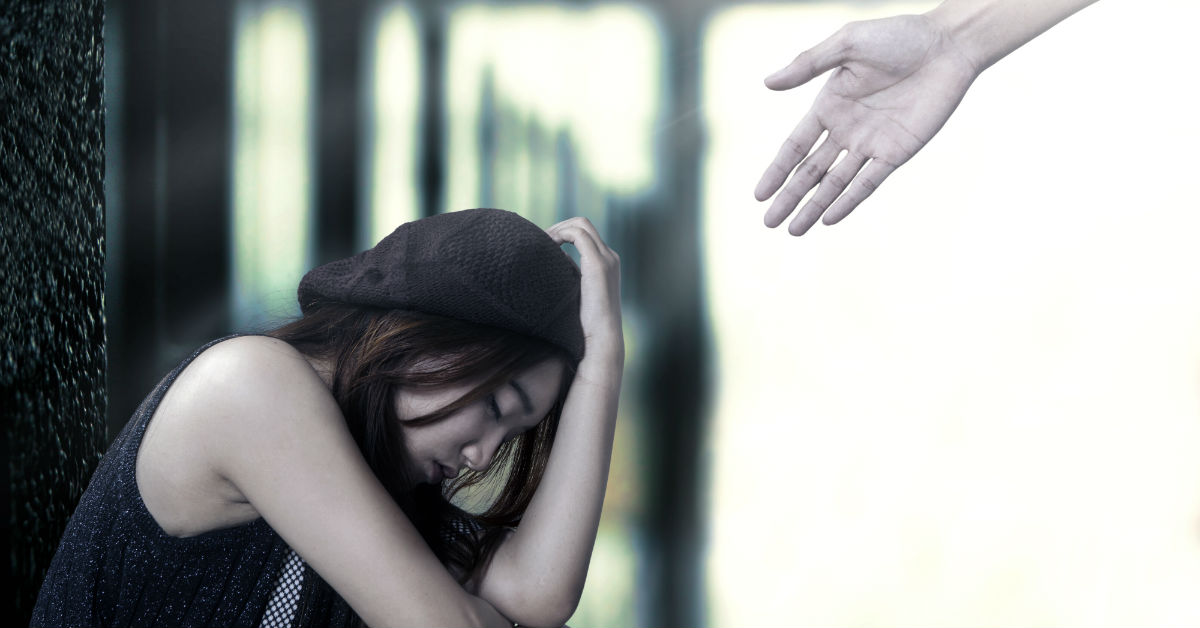 There is a terrifying statistic that no parent wants to hear, and yet every parent needs to know. Every 100 minutes, a teenager commits suicide. So prevalent is suicide in children between the ages of 15 and 24 that it is the third biggest cause of death in that age demographic. It is truly heart wrenching fact, and one that shines a light on the desperate need for parents to connect with their children and be on the lookout for signs of depression.

But what is causing this to happen? Why are our teenagers becoming more weighted down with despair and anxiety? Several culprits may be to blame, and they are especially likely to attack young teen girls

How Social Media Impacts Our Perception and Moods

Updating your status to include the pictures you took at a party might seem like it is all in good fun. But it could be making you (and your teen) depressed without you even knowing it. A study at the University of Pittsburgh found that spending time on social media could make you as much as 2.7 times as likely to be depressed.

This finding correlates with another study that had been done in 2014, which found a link between depression and the use of Facebook. Both see increases in depression with high social media use. The first expands in beyond Facebook, looking instead at all social platforms (Instagram, Twitter, Pinterest, ect).

Why is this happening? Experts don’t know for sure, but there could be a couple of factors at work. First is that people who are already suffering from depression might be spending more time on social media as a means of connection or escape. Second, seeing people they know doing fun things, getting together with other friends, or just having positive things happen in their life may be underlining the struggles in their own. Third, many social media posts are aspirational (images on Instagram of being out at a fancy brunch, complicated projects on Pinterest), which could exacerbate the depression in someone already suffering the condition.

Enemies Hiding Behind The Screen

Of course, that isn’t the only threat lingering behind social media. Cyber bullying has become a buzzword, and some cheesy representations on the news and TV have lessened the edge behind it. But that doesn’t mean the actual activity isn’t rampant, and a serious problem.

According to statistics, more than half of adolescents have experienced bullying on the internet. A full 1 in 3 teens has experienced actual threats online. This trend has been linked to depression, and laws haven’t quite reached the level they need to be at to help protect kids from this form of harassment. The 2006 case of Lori Drew, the mother who bullied teenager Megan Meier into committing suicide using a fake online account shows what can happen, and things have no changed much since that time.

Parents have to take an interest in their child’s online, mobile, and even gaming console activity. In a world where everything is connected to the web, and communication is possible across all fronts, it is crucial that we see behind the screen. Only then can we make sure that our child is not a victim to online harassment…or that they aren’t the bully that is conducting a campaign of terror against someone else.

The Epidemic of Negative Body Image

Turn on a television show, any television show. Look at the women on that show. Notice anything about them? Go to the grocery store and glance through the magazines at checkout. Now go online and look at the photos of promotional posters, or look at some movie trailers. Notice the pattern now?

Girls are constantly being bombarded with messages about how they should look. Everything from the size of their waste, to the shade of their skin, to the gap between their thighs is being scrutinized. Is it any wonder negative body image has become so rampant?

Let’s look at some facts:

The problem isn’t hard to see. Girls are learning to hate themselves because they are constantly being told that there is an ideal, and they don’t fit it. What they don’t seem to truly understand is that the people who are presenting that image don’t even fit it…angles, makeup, photoshop, corsets and spandex body trimmers, plastic surgery, airbrushing..these are all tools of a trade that is unfairly bashing girls for not fitting in.

We can do many things to help our young daughters to navigate these choppy waters. But the most important is to speak to them, be open and engaging, and have a conversation. Listen to them and how they feel, and be understanding. Tell them about your own struggles, and show them the unrealistic nature of these messages. Fight back through education and empathy.

Parents are the single greatest support and resource for children as they grow up. These are hard issues to address, but we can be there for them every step of the way.

We Have To Be Vigilant As Parents

In the end, we just have to be vigilant in this fight. Depression is a common occurrence in teenagers, and it can feel hopeless trying to battle every threat that might be behind it. But if we stay involved and pay attention, we can start to nip problems in the bud. Or, at the very least, be aware of issues rising so we can get them the help they need.

To learn more about how you can deal with this and other common issues affecting children, visit Help Your Teen Now.