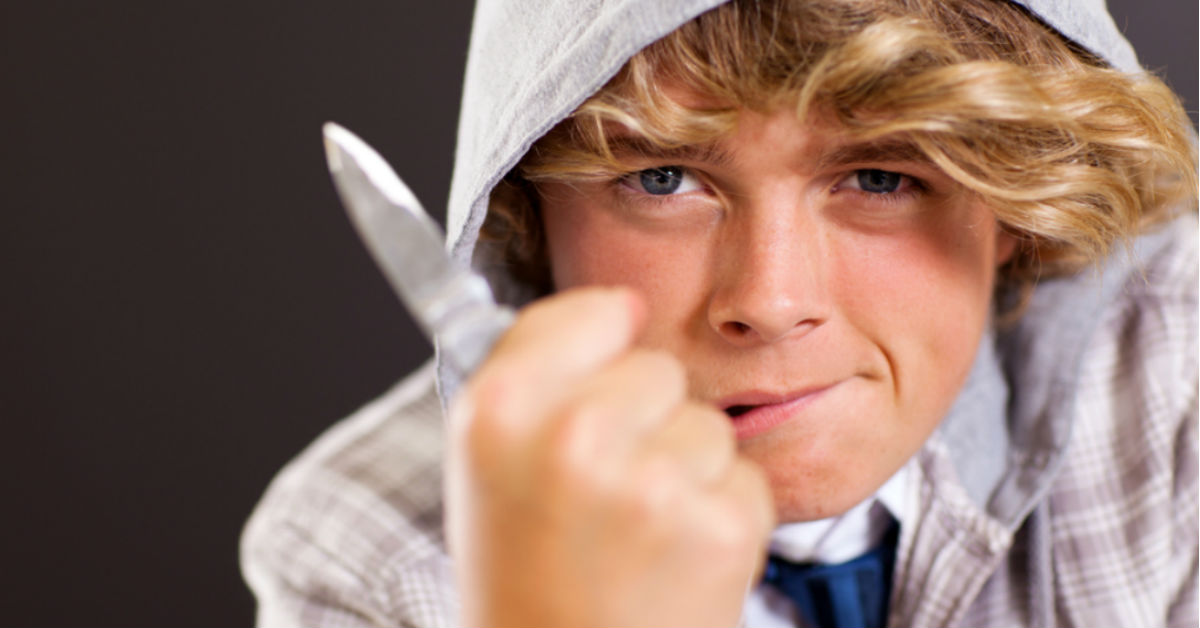 Violence is a serious concern among youth. The Center for Disease Control and Prevention Youth Risk Behavior Surveillance survey reports 16.6 percent of high school students carried a weapon at least once, and 7.4 percent reported being threatened or injured by a weapon. While there are some teenagers who will act violently suddenly with no warning, most adolescents exhibit warning signs before harming someone. The following are eight signs therapists look for when determining if a child is headed for violence.

The American Psychological Association warns that victims of bullying are at an increased risk of being violent. Due to their lack of control over the situation and great desire for retaliation, bullied teens feel the only answer is to physically harm the bully.

#2: Living in a Violent Home

Development psychologists believe children learn by imitating adults. When children witness violence in the home, they are much more likely to imitate the behaviors outside of the home. This includes violence in the form of child abuse, domestic violence between parents, and parents who condone violence for conflict resolution.

#3: Suffering from a Mental Health Issue

According to the National Alliance on Mental Illness, 1 in 5 teens suffer from a mental health condition. Some of the most common mental health conditions are depression and anxiety, which can both lead to feelings of anger, frustration, and lack of control over situations. Violence can seem like a logical solution in relieving the tension that anxiety and depression can produce.

Over 2 million American teens meet the criteria for abuse or dependence on drugs or alcohol. Drugs and alcohol are highly correlated with violent behavior. Out of the nation’s prison population, 80% of offenders abused drugs or alcohol, according to the National Council of Alcoholism and Drug Dependence, Inc.

Many studies have identified a connection between people who have abused animals and committed violent acts against people. A 2001-2004 study “revealed a startling propensity for offenders charged with crimes against animals to commit other violent offenses toward human victims.” In fact, out of the people who have been arrested for animal crimes, 65% of them are also arrested for human battery.

Many parents and even educators believe declining grades signify a lack of effort, but that’s not always true. It can be a sign of problems in the home (child abuse/domestic violence) or within the student (learning disability/mental illness/substance abuse). These factors are high risk factors for violence, and need acknowledgement as soon as possible.

It’s no surprise that “youth gang members commit a disproportionate share of offenses, including nonviolent ones.” Violence and crimes prove strength to fellow gang members. Teens who are interested in or are gang members are at a high risk of being violent because it is expected of them, especially during the initiative stage.

Do you have a teen boy who exhibits one or more of the above warning signs of violence? If so, this may be your chance to save your son from becoming violent and ending up in jail. Therapeutic boarding schools are an effective option to helping troubled adolescence get the support they need to identify and treat the issues that may be leading them down a destructive path. Call us today for more information on our troubled teen boy program to keep your son from committing a violent crime.