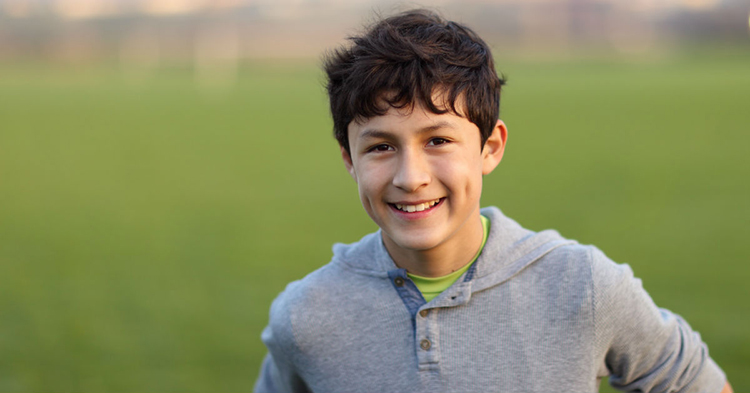 Being a teen is harder now than perhaps it ever was. The high stress of demanded perfection, uncertainty about the future and the competitive nature of high school and college life is difficult enough. But when your teen is struggling with the modern day problems associated with young people today it is even more of a strain.

There is no easy way to deal with behavioral issues because there is no singular cause. Hereditary aspects, chemical imbalances, environmental factors, conditions, and trauma are all possibilities. Sometimes several of these causes will combine, making diagnosis more complicated and treatment a struggle to administer.

More than daily life can be impacted. Every year, millions of juvenile offenders are incarcerated. This can dictate the rest of a child’s life, including whether or not they end up in prison as an adult.

What can we do? It starts by recognizing the different risk factors facing teen boys in the United States.

According to the Center for Discovery, up to 20% of teenagers face serious depression during their developing years. That is one in every five teens who will experience depression and related symptoms, an alarming statistic.

Let’s look at the symptoms of depression to look for:

These signs can be serious symptoms of depression, especially in teenagers who make up such a large portion of the affected population. But what teens are more likely to be impacted? Are there some who are at higher risk? The answers may surprise you.

An interesting study done by a Swedish institute analyzed what factors are more likely to lead to teen depression. They found that while there were several more expected risks, others were much more innocuous.

For instance, watching too much television could be one reason a teen started to slip into depression. So can getting too little physical activity, a potential consequence of too much screen time. Too many video games, too little sunlight and not sleeping enough were other common causes.

Of course, it is unlikely that your teen’s behavior is caused by something as simple as playing too much Fortnight. Let’s look at some of the other common risk factors associated with depression and related symptoms.

Alcohol and drug abuse have been on the decline in young people, but it is still much higher than it should be. The National Institute On Drug Abuse (NIDA) reports that more than 33% of high school seniors admit to binge drinking. That is only the population of students being honest, so the actual figure is almost certainly higher.

Opioids continue to be a concern, with 35% of 12th graders saying that the drug is readily available and easy to find if they want to. They are also likely to mix them with other drugs, a deadly practice that leads to overdose and potentially death.

Both alcohol and drug abuse can lead to depression in teens, who have not developed enough to handle the impact of either. Substance abuse is also a common problem among troubled youth and there is frequently overlap with conditions such as ADD and ODD.

Sexuality takes time to develop and a certain amount of experimentation is normal. But risky sexual behaviors that could lead to STD’s, pregnancy or that are simply outside the scope of age-appropriate emotional development is where the line is drawn. For teens who get involved in sex at too early an age, it is too much for them to handle.

Secretive actions, lying, spending too much time alone with a romantic interest…these are all signs that something is up.

Trauma is a common contributor to depression but that isn’t all. Trauma can inhibit growth in teens, make them emotionally vulnerable and potentially alter their brain chemicals. Early parental neglect has also been theorized to have a profound effect on children and could possibly contribute to the mysterious origins of Oppositional Defiance Disorder, or ODD.

If your teen has experienced either of these things in their lifetime, it may be at the core of many of their behavioral issues.

Depression is not the only concern. Teen boys may also be facing other mental illnesses or conditions that are making it difficult to cope with daily life. This may include:

This is sadly common among teenagers. Officially figures have the number of diagnosed youth at around 30%, not including depression. This includes mood disorders, behavior disorders, conduct disorders and other conditions that could have a lifelong impact on the sufferer.

Children under the poverty line are more likely to develop a mental illness and those in the welfare system even more so.

Suicide is the second leading cause of death among teenagers. That is why it is critical to get your son help if he has been exhibiting any of the above symptoms or risk factors. In severe cases, that may mean a residential treatment center or other inpatient programs where they can receive round the clock monitoring or care.

If you are worried for your son it may be time to get some help. At Help Your Teen Now we can help you navigate the complicated and frightening process of getting your child the assistance they need.

Find out more at Help Your Teen Now.