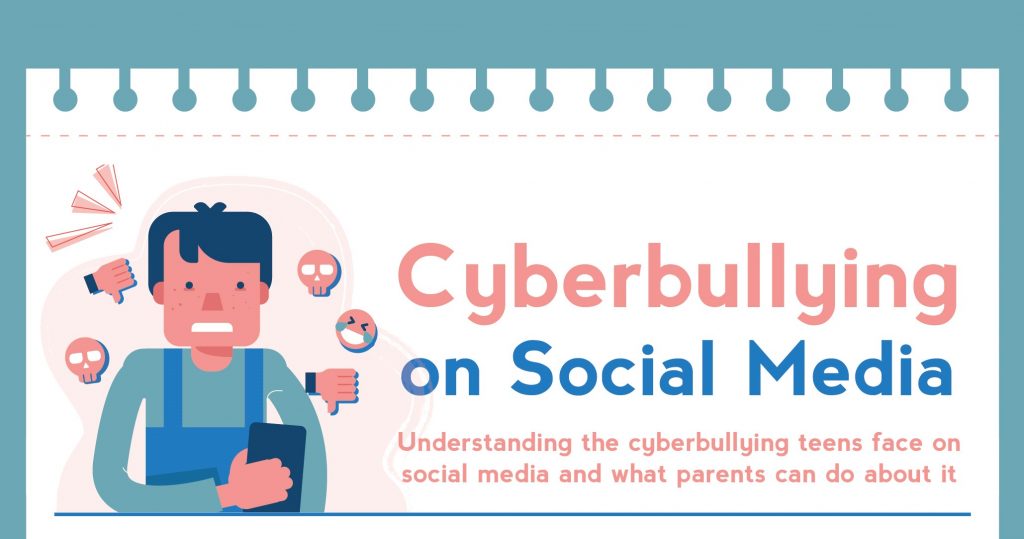 Technology has certainly transformed our lives in positive ways and smartphones, the internet and social media are now an integral part of our lives. However, the tech revolution has a dark side, most notably cyberbullying.

Cyberbullying is defined as repeatedly and intentionally mistreating, harassing or making fun of another person online while using digital devices such as cell phones or computers. According to StopBullying.gov, cyberbullying includes sending, sharing or posting harmful, mean or false content about someone else or sharing private or personal information about someone with the intent of causing humiliation or embarrassment.

While children have bullied each other for generations, the emergence and widespread adaptation of technology, especially social media, has made it easy for bullies to expand the reach and extent of their harm.

Cyberbullying on social media can be especially intrusive and vicious and it sometimes crosses the line into criminal or unlawful behavior.

Cyberbullying is a growing problem in the country. Here are some statistics showing the seriousness of the issue:

Where does Cyberbullying Occur?

Those who choose to bully others often look for opportunity and attention and unfortunately, social media provides a perfect outlet for them. Since a whopping 95% of teens have access to the internet, mostly through their smartphones, this gives cyberbullies a ready audience and they can get instant gratification from likes, shares and retweets of whatever harmful content they post.

Cyberbullying on social media is considered a much bigger threat than in-person bullying because:

To take a deeper look at where most cyberbullying takes place, we refer to data from a survey carried out by Ditch The Label. In the survey, the organization asked students to indicate which social media platforms they had experienced cyberbullying on. 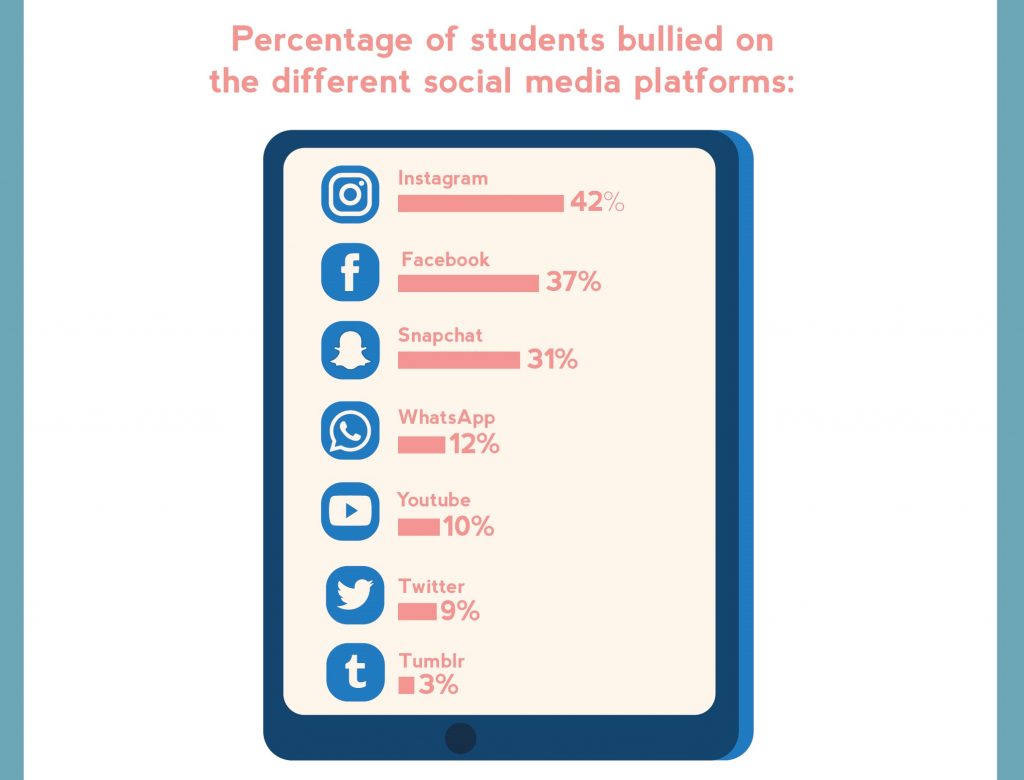 As you can see in the graphic above, here’s the breakdown of the percentage of students bullied on the different social media platforms:

The Most Common Forms of Cyberbullying on Social Media 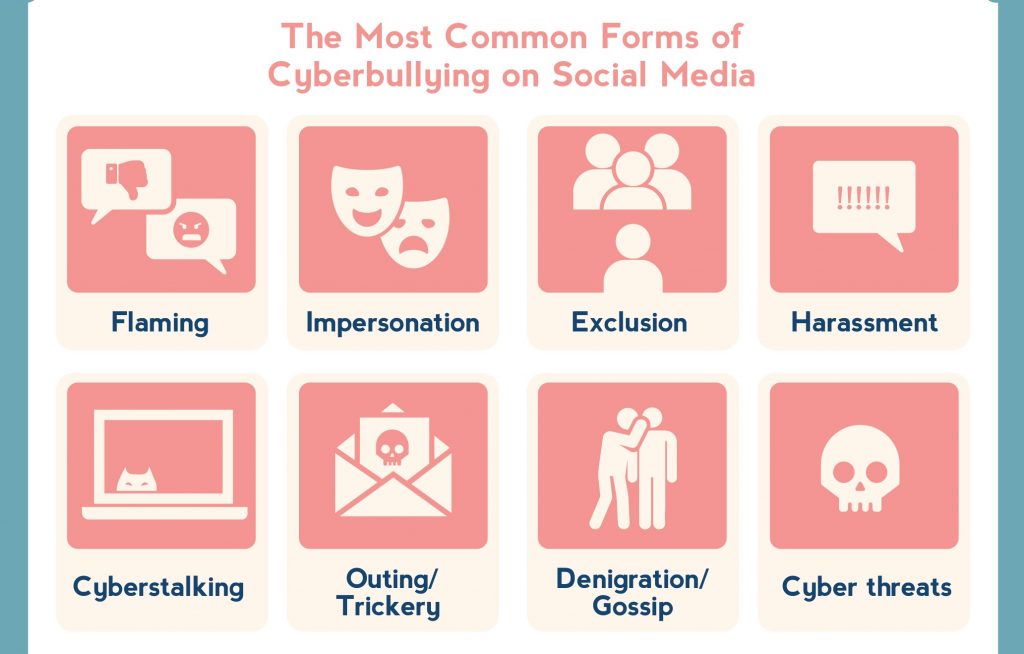 Both parents and teachers have a role to play in teaching students how to be good digital citizens. They can also model appropriate netiquette for children to emulate.

However, the first step in fighting cyberbullying is ensuring it doesn’t happen at all and here’s how teachers and parents can do that:

There are 3 main steps you can take to protect your children from cyberbullying: 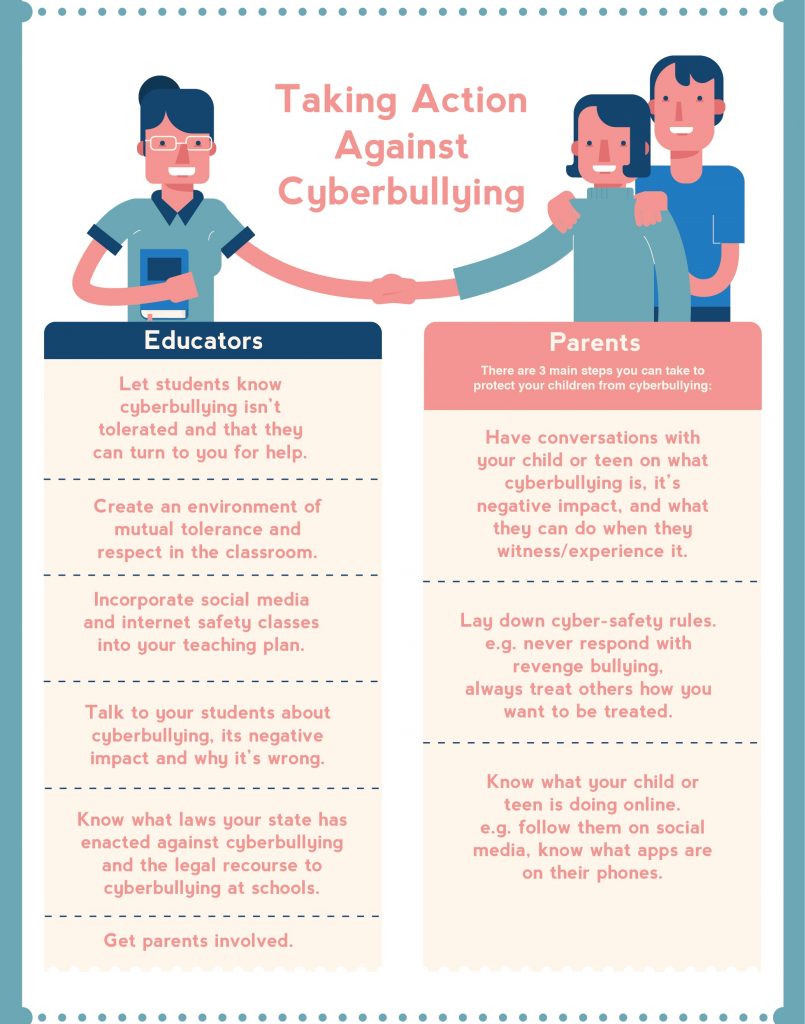 What to do when your tween/teen is cyberbullied

Your tween or teen might not always tell you outright that they’re being bullied online so you need to be aware of the possible signs that they’re victims of cyberbullying.

If they do come to you or you find out that they’re being cyberbullied, here are steps you can take:

What to do when your child is the cyberbully

Sometimes, your child might be the aggressor, not the victim and it’s imperative that you know what actions to take in such a situation.

Which Organizations To Donate To 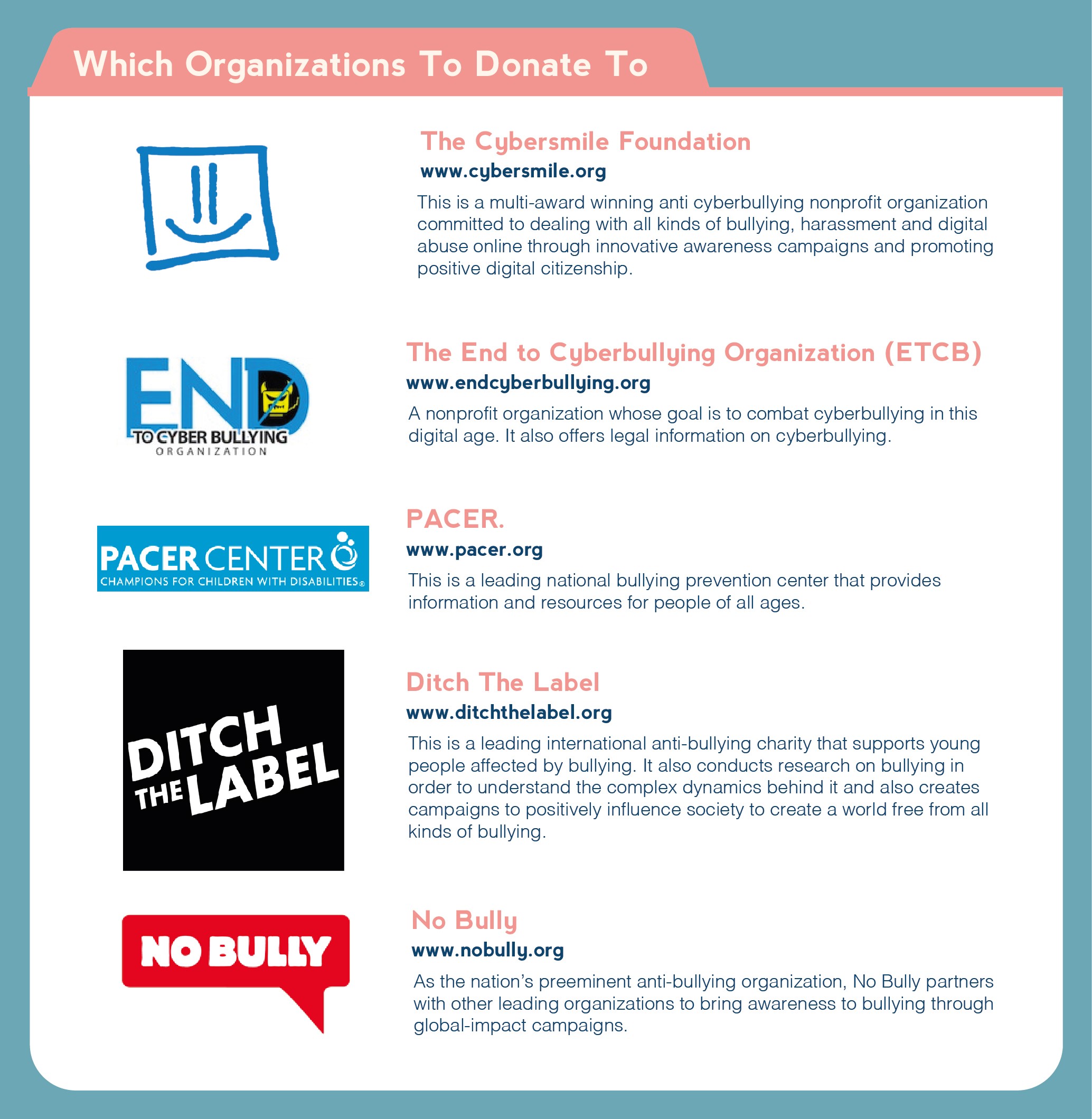 Which Organizations Can Present At Schools 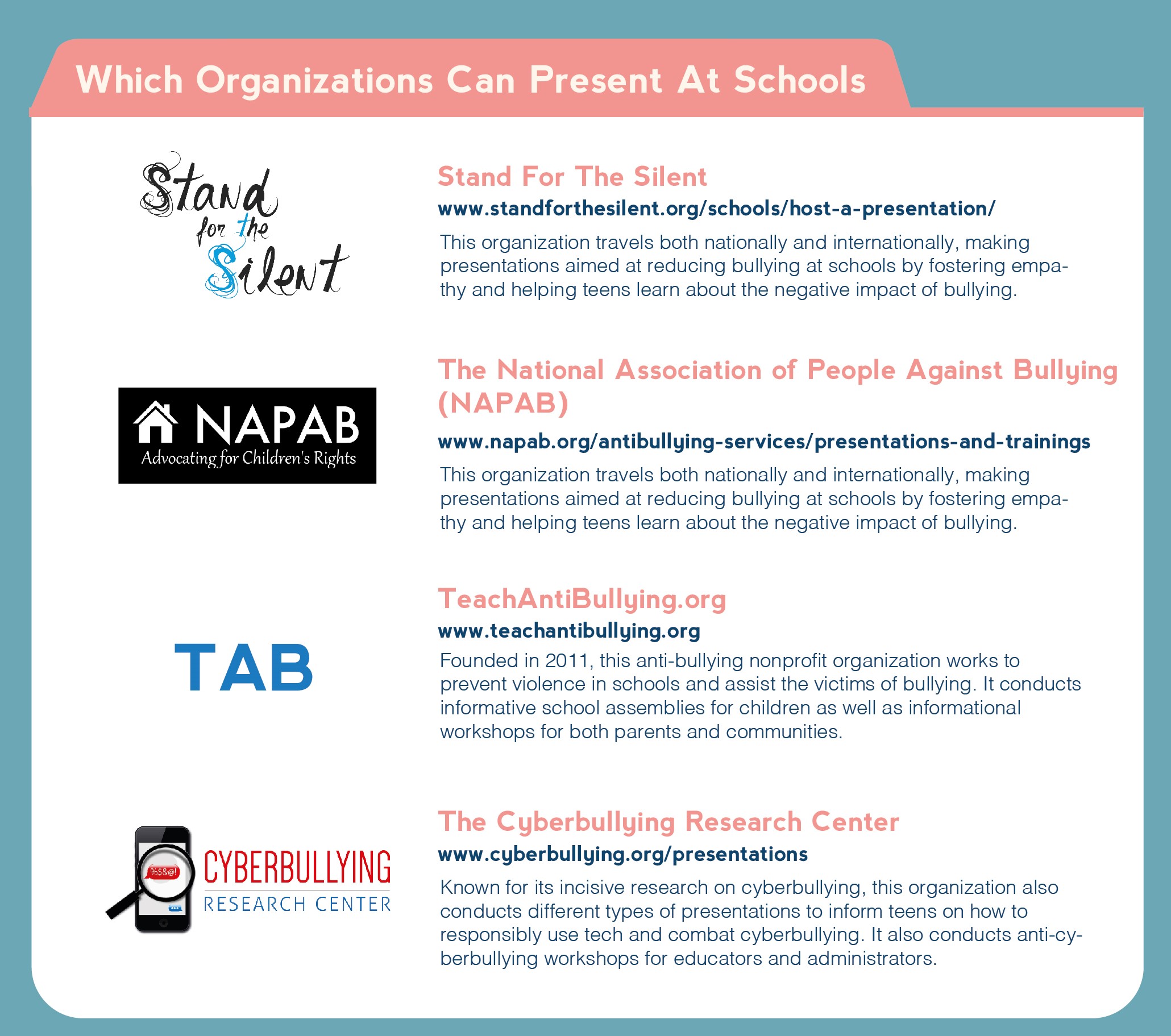 October is National Bullying Prevention Month and different organizations countrywide hold a variety of events to take a stand against bullying and cyberbullying. Some notable events include: