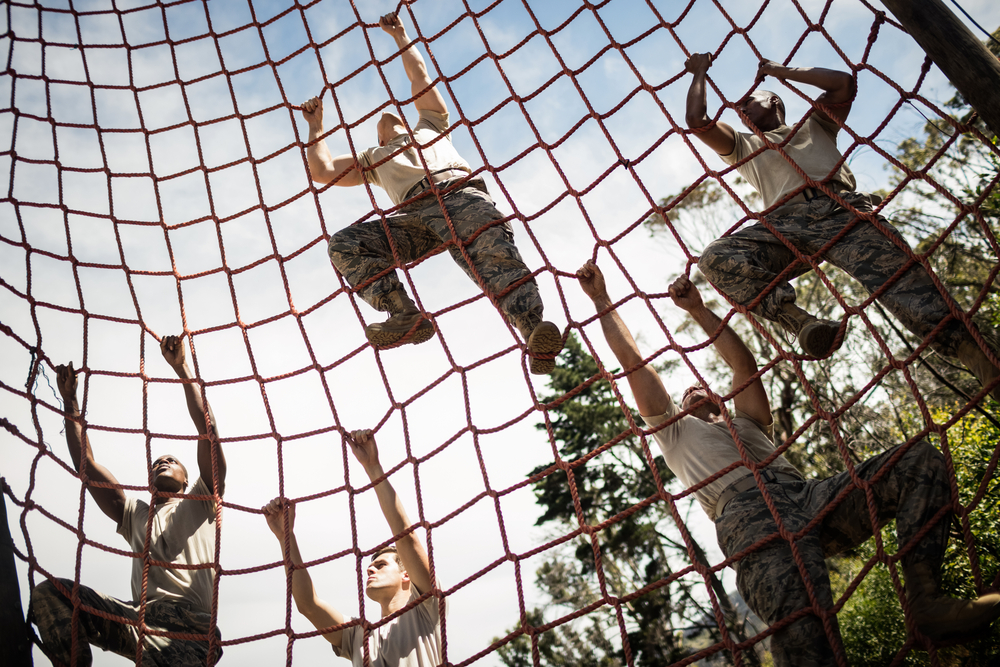 When it comes to boot camps for troubled teens, there is a lot of misinformation out there. A good deal of this misinformation is a result of movies that are more focused on entertainment than the truth.

So, to help sort fiction from fact, Help Your Teen Now is here to shed some light on some of the best-known movies that got boot camps wrong.

This first movie—Major Payne—highlights one of the first misconceptions of boot camps. In this movie, a former U.S. Marine Major named Benson Winifred Payne takes over a group of unruly boys at a military school. Often, military schools and boot camps are conflated to be the same experience. However, that is far from true.

In the movie, there is strict discipline, military-style exercise and discipline, and of course, uniforms. However, unlike a boot camp, the movie military school has an educational program, therapy services, and greater oversight.

Boot camps generally don’t have anywhere close to the resources or infrastructure that you get with a military school. Also, military schools often don’t take troubled students, as they are prestigious schools used to prepare for a military career.

In Heavy Weights, the movie centers around a weight loss camp, much like a specialized boot camp for boys who have unhealthy relationships with food. The basis for the movie is that when the campers are being forced to lose weight by a tyrannical camp leader, and rebel by hiding their overeating and gaining weight instead.

Eventually, after the camp leader is disposed of, the campers are encouraged positively to address their weight issues and manage to reach success.

As for this movie’s translation to a real boot camp, while some boot camps do address some issues better than others, the ones for troubled teens don’t have any particular focus on weight loss. Also, there are generally more layers of authority so that no totalitarian dictator can run roughshod over the camp.

Another combination of military school and boot camp, Cadet Kelly features Disney star Hillary Duff as the free-spirited girl who goes to military school. The overall message is fairly muddled, as Duff isn’t portrayed as a troubled girl, just a strong-willed one who eventually injects some of her attitude into the military school.

Frankly, that’s not how military schools or boot camps work. Teens that attend boot camps are held to a high level of discipline, and there are many layers of leadership to help troubled teens stay on track.

A fun coming-of-age adventure that involves a family curse of basically the worse luck, in Holes, the main character Stanley, is sent to a criminal, juvenile boot camp under false pretenses. At the camp, the teens are set to working for what turns out to be a group of criminals with no actual legal background to run the camp.

While the story itself is fun, pretty much everything about the boot camp was wrong. For one thing, parents and guardians are not allowed to voluntarily send troubled teens to criminal, juvenile boot camps. These camps are reserved for teens who commit crimes.

As for the operators of the camp, there is usually a more strict vetting process for boot camp counselors and program directors. However, as boot camps are not as regulated as therapeutic boarding schools and residential treatment centers, this vetting of boot camp personal is not always as stringent as it should be.

Does Your Teen Need A Boot Camp?

Now, boot camps do have a lot of variety, and some are better than others. But does that mean that a boot camp is what your teen needs? Probably not.

Boot camps focus on using physical exertion as therapy and to wear out teens expressing troubled behaviors. There often is no other therapeutic element. Yet, if change is going to happen, your teen needs to have their issues actively addressed in therapy, as a mental health specialist can help teens uncover the root problems triggering the poor behavior. Also, there is no educational program built into a boot camp, which means your teen could miss out on schooling and fall behind.

To address all these issues, you may want to consider a residential treatment center for teens instead of a boot camp. At a residential treatment center, teens are provided with personal therapy—as well as other therapeutic practices—accredited educational programs, and a greater number of trained professionals who specialize in helping troubled teens.

If you would like to discuss your teen’s needs and the types of troubled teen programs that are actually available, feel free to contact us. As fellow parents, we are ready to help you navigate the troubled teen industry and find solutions for your teen.