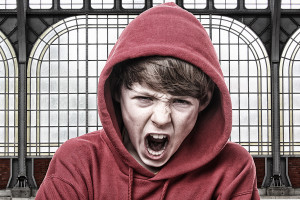 Oppositional Defiant Disorder, known as ODD, is a behavioral condition that causes disruptive behavior in children and teens. These aren’t simple disruptions often displayed by kids. With ODD, there will be ongoing patterns of being uncooperative and showing annoying behavior, hostility and defiance towards authority figures. Their behavior is often so negative that it disrupts normal, everyday activities at home and school.

When to be Concerned about Your Teen’s Behavior
Generally speaking, parents stereotypically expect to see minor defiance issues in tweens and toddlers, especially the “terrible twos.” As they begin to develop their own personalities, views and beliefs, they tend to become more expressive. This is often exhibited through talking back, as well as being disobedient and argumentative.

Although this is pretty normal behavior, there are times when you need to be concerned. If your teen falls into the categories below, he/she may need to be evaluated for ODD:
• The negative behavior continues for over six months
• Your teen’s behavior and negative attitude becomes excessive

Other Behavioral Issues Associated with ODD
When it occurs in teens and kids, other behavioral problems will also be noticeable. Some of these include:
• Conduct disorder
• Anxiety disorder
• Depression and other mood disorders
• Learning disabilities
• Attention deficit hyperactivity disorder (ADHD)

Symptoms of ODD in Teens and Children

There is no one symptom that provides proof that your teen has ODD. In fact, if your teen has ODD, she/he will generally exhibit multiple symptoms that cause you concern. Many suffer from low self-esteem, frustration and moodiness. These can lead to feelings of helplessness, which can push your teen towards alcohol and drugs as a means of coping.

Here are some of the symptoms you need to be aware of if you think you teen may have ODD:
• Saying very hateful and cruel things when mad
• Swearing or expressing anger with obscene language
• Seeking revenge or displaying other spiteful behavior
• Exhibiting repeated outbursts of resentment and anger
• Constantly blaming others for negative behavior and mistakes
• Deliberately setting out to upset or annoy others
• Easily, quickly and often annoyed by others
• Aggressively refusing to obey rules, regulations and requests
• Arguing with authority figures and adults in general, excessively
• Throwing uncontrollable, and often violent, temper tantrums repeatedly

What are Some Causes of ODD?

It’s still unknown exactly what causes Oppositional Defiant Disorder. But, some Behavioral Modification Specialists believe that it’s a combination of environmental, genetic and biological factors:
• Environmental Causes of ODD – Can include family history of substance abuse, mental illnesses and/or dysfunctional home/family life. Some experts also believe that parents who inconsistently discipline their children can contribute to the negative behavior.
• Genetic Causes of ODD – This can include a history that includes mental illnesses in close family members. May also include history of immediate family members with personality disorders, anxiety disorders and/or mood disorders.
• Biological Causes of ODD – Oppositional Defiant Disorder has been linked to injuries or defects in specific brain areas. This may be due to abnormal balances in neurotransmitters or other brain chemicals. These imbalances can lead to your teen’s brain not processing messages correctly. There may also be other mental illnesses involved, which can contribute to your teen’s ODD.

To Learn More about the symptoms of ODD click here