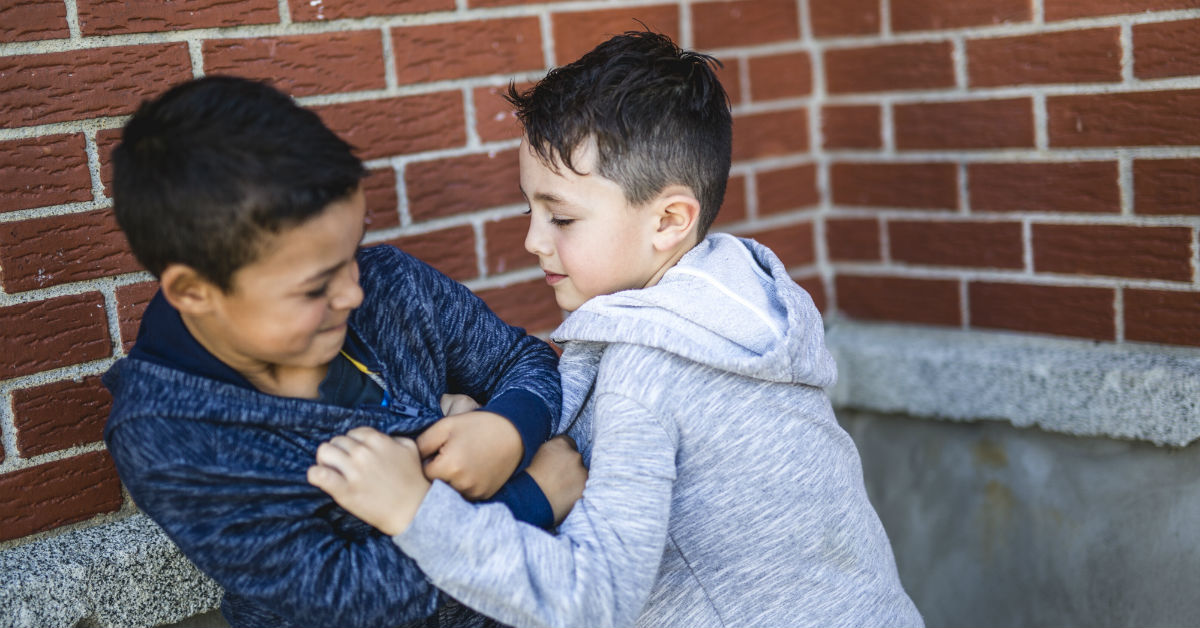 Bullying is a serious epidemic afflicting kids and teens worldwide. That statistics say it all — The U.S. Department of Health & Human Services reports that 15 percent of high school students have been bullied online. What’s more is that 49 percent of children in grades 4 through 12 have been bullied at least once in the past month, and only 30 percent of those children reported the event.

But what if your child is the bully? To properly address the situation, it’s important to understand the scope and long-term effects of bullying in your child’s social circle.

NEGATIVE EFFECTS ON CHILDREN WHO ARE BULLIED

Children who are bullied experience a wide range of negative emotional effects including depression, anxiety, sadness and loneliness.

Other areas of their life including sleeping and eating are also often affected. As these areas suffer, their physical well-being can take a hit.

Academics are another area that can be hurt by bullying. StopBullying.com reports that children who are bullied often see a decrease in their GPA and standardized test scores. This is because being depressed or stressed at school can lead to the student withdrawing and losing the learning that happens in class participation.

The repercussions of bullying last long after childhood ends. The Huffington Post explains that victims of bullying have a higher risk of depression, anxiety, panic attacks and agoraphobia in adulthood. More specifically, victims are four times as likely to develop an anxiety disorder in adulthood.

What is interesting is that we often think that only the child who is bullied is likely to have issues. Studies published by The U.S. Department of Health & Human Services show that the child who bullies is also at risk for negative long-term effects. Kids who bully are more likely to abuse alcohol and drugs, drop out of school, engage in sexual activity at an early age, receive criminal/traffic citations as adults and possibly become abusive to future spouses and/or children.

One of the reasons why bullying that happened long ago can still cause damage is because childhood experiences powerfully shape our ideas about what is normal, acceptable and comfortable later on in life. Bullying is all about power and the abuse of power and if your child develops an unhealthy view of those things it can wreak havoc later on.

In fact, the US National Library of Medicine reports that children involved in bullying often have trouble in adulthood when it comes to developing romantic relationship, integrating in the workplace and being economically independent.

WHAT CAN YOU DO?

If your child is a bully and you are worried about how it is hurting those he or she bullies, it’s important to get professional help. Even if you are the best parent in the world, it doesn’t mean you have the skills and expertise to address these serious psychological and emotional issues. Speaking with a specialized counselor and therapist can help, as well as therapeutic boarding schools and boot camps.