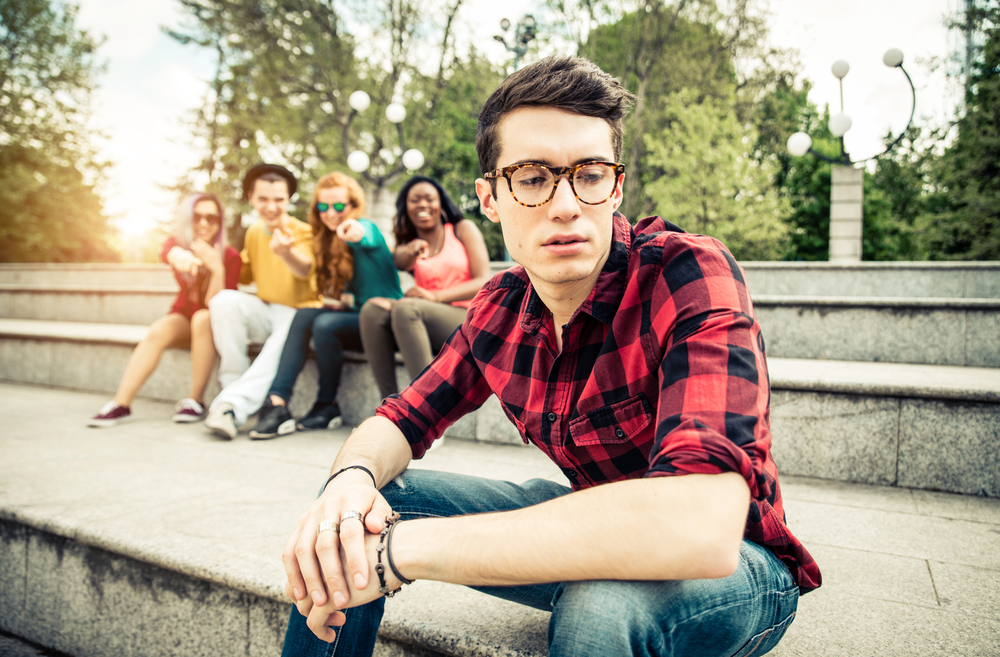 Bullying can often be dismissed as teasing. Some people use the two terms interchangeably, but teasing and bullying are not the same kinds of actions. This distinction is due to how teasing affects people differently than how bullying affects others.

Yet, even with more emerging facts pointing to the devastating effects of bullying, too often adults and youth dismiss bullying as simple teasing with phrases such as:

“They were only teasing you, stop acting so dramatic.”
“We were just kidding.”
“If you stopped being such a crybaby what they said won’t matter.”
“Ignore them, and they’ll stop doing it.”
“Maybe he/she likes you. You should take the teasing as a compliment.”
“Can’t you take a joke?”

Bullying victims who have been invalidated with these kinds of statements, and the inaction of those who should be caring for them, are far more likely to experience the serious side effects of bullying that researchers have indicated.

The intention behind the action is what separates teasing actions from bullying behaviors. If the purpose was to hurt the other person and does not be stopped when requested, then the action was bullying. Friendly or neutral intended actions can be classified as teasing and the person teasing will cease when asked to stop.

However, this simple definition can only take you and your child so far in recognizing the difference between the two types of interactions, since the intention of the other person may be unclear.

When Is It Teasing?

There are various circumstances where teasing can walk the fine line between bullying and teasing. Teasing can be considered acceptable in these situations:

As teasing can also turn into negative, bullying behavior, parents may need to intervene. If your teen falls in with a bad crowd and starts exhibiting harmful coping methods due to bullying or engages in bullying behaviors, it may take serious intervention to help them repair their behavior.

When Is It Bullying?

Bullying behaviors can be easier to identify once you and your child know what to look for in the other person’s actions. While there are many avenues for bullying, from face-to-face bullying to cyberbullying, there are three distinct characteristics which define bullying behavior.

1. A power imbalance is created – A bully creates a power imbalance by making their target feel unsafe and insecure around them. This imbalance places the bullying in a more powerful psychological position which can be very damaging to the bully’s victim, mentally and sometimes physically.

2. A pattern of negative behavior is followed – A one-off negative interaction does not generally constitute bullying. What sets a bully apart is a pattern of targeting someone with intentionally hurtful words and/or actions.

3. The bully’s target is negatively impacted – The most straightforward bullying characteristic is simply identifying if the actions were hurtful or not. Whether adults consider it hurtful is not important; the impact on the child is what defines the negative impact.

Once you or your child recognize someone’s behavior characteristics as bullying toward your child, it is essential to take action.

What Parents And Youth Can Do To End Bullying

While some schools in the United States have started enacting stricter rules against bullying, it is still a prevalent issue today. It is likely that your child will encounter a bully a few times during their time in school; Because, according to the National Center for Education Statistics, over one in five children have reported that they have been bullied.

Since it is clear that bullying is still a significant issue for many adolescents, it is important for both parents and children to have a clear plan of action when bullying occurs.

What Youth Should Do When Bullying Happens

Depending on whether your child is the target of the bullying or sees someone targeted by a bully, there are various things which your child can do.

What Parents Should Do When Bullying Happens

Stopping a bully often requires adult intervention. Parents who intervene are generally more effective than adults with a weaker relationship with the victim and bully.

Parents play the most important role when it comes to ending bullying. Not only should your child know the signs of bullying to recognize them in others, but also to prevent them from becoming bullies.

The sooner bullying is identified, and intervention strategies are applied, the better the chances of a good outcome for you and your child. Be sure to remain actively engaged in your child’s life and help them identify the differences between teasing and bullying so your child will feel comfortable coming to you for help with bullying.