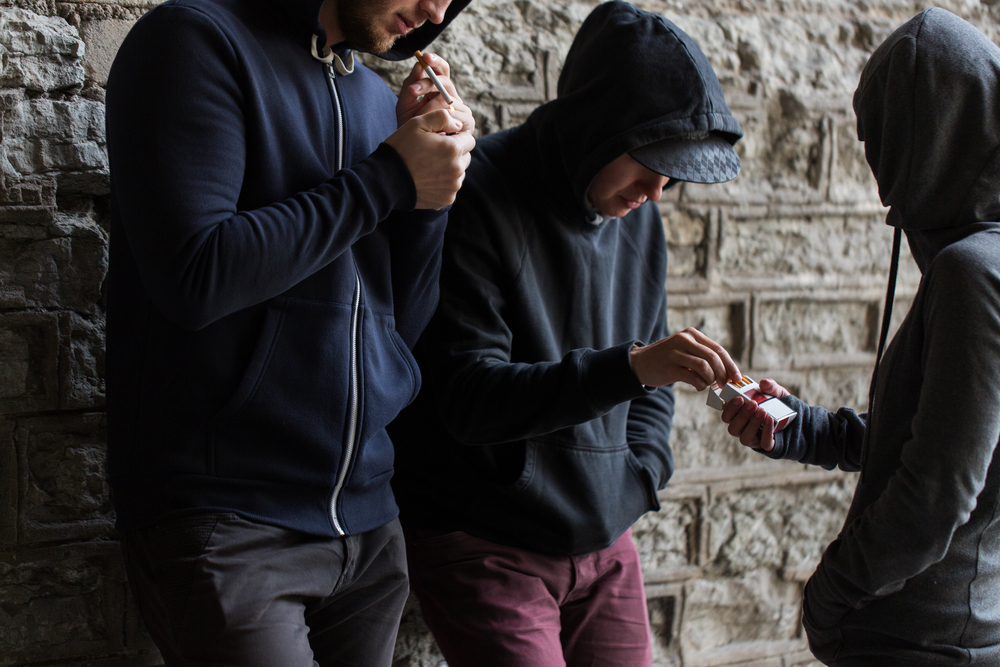 If your child is one of the nearly 5 million middle and high school students who are teenage tobacco users, it’s time to intervene to stop this health-harming habit.

First, you need to find out if nicotine has found its way into your troubled teen’s routine, whether they’re smoking cigarettes, vaping or using chewing tobacco.

How To Tell If Your Child Is Smoking Cigarettes

You may discover your teen is smoking by finding cigarettes or lighters among their belongings or noticing their clothes smell like smoke. Other signs your teenager may be smoking include:

Your Teen’s Vaping Habit Is Harder To Detect Than Smoking

Your child may also be among the growing number of adolescents who vape. The use of e-cigarettes or vaping pens among teens rose a staggering 900 percent between 2011 and 2016, according to a 2016 US surgeon general report.

Vaping is harder to detect than cigarette use. Users inhale heated water vapor infused with nicotine instead of tobacco smoke, so it’s odorless. This makes it easier for your teen to secretly vape, even inside their room. The e-juice used with vaping devices can also be infused with tempting flavors like watermelon, another reason for its youth appeal.

Your child may be more likely to try vaping than smoking cigarettes because it’s promoted as healthier than smoking. E-juice contains fewer chemicals than cigarettes, but most are still infused with habit-forming nicotine, so your vaping teen will likely smoke cigarettes if an e-cigarette is unavailable.

The most obvious sign your teen is vaping is finding a vape pen, e-cigarette, e-juice flavor or other paraphernalia among their belongings. If you’re unfamiliar with this technology, browse online for photos of vaping devices. Parents can’t afford to be clueless!

How To Tell If Your Child Is Chewing Tobacco

Many teens fall into another harmful habit: using chewing tobacco or snuff.

Chewing tobacco consists of shredded tobacco leaves that are placed between the cheek and gum. Snuff is finer-grain tobacco, which users place between their lower lip and gum. Users suck on the tobacco juice, sending nicotine into their bloodstream, and spit often to get rid of excess saliva.

Chewing tobacco significantly raises the risk of oral cancer. Other adverse effects include:

Some parents discover their kids are using smokeless tobacco after finding a pouch or container of tobacco among their belongings. Seeing your teen spitting into a cup is another red flag.

Your pediatrician or dentist may be able to tell if your child is chewing tobacco by looking in their mouth for signs like white or red patches on the gums or soft tissue.

I Found Out My Teen Is Vaping or Using Tobacco, What Now?

Whether your child is smoking cigarettes, chewing tobacco or vaping, they are likely addicted to nicotine. Tell your child to cease smoking or using tobacco, supporting your edict with information about the health risks.

You may also want to investigate further to discover if your teen is also abusing drugs and/or alcohol. Substance abuse poses serious risks to your teen’s health and can exacerbate the parent-child conflicts that come with adolescence.

Your teen may be able to abruptly quit their tobacco use. If they’ve become too dependent on nicotine, you may need to devise a plan such as the deliberate tapering of smoking, vaping or chewing.

Teens who engage in off-limits behavior with regards to tobacco use and vaping may also be struggling with addiction to alcohol and/or drugs. They may also be having trouble with: