Home / Blog / Pointers for Parents of Teens: How to Help Your Teens Stay Safe This 4th of July 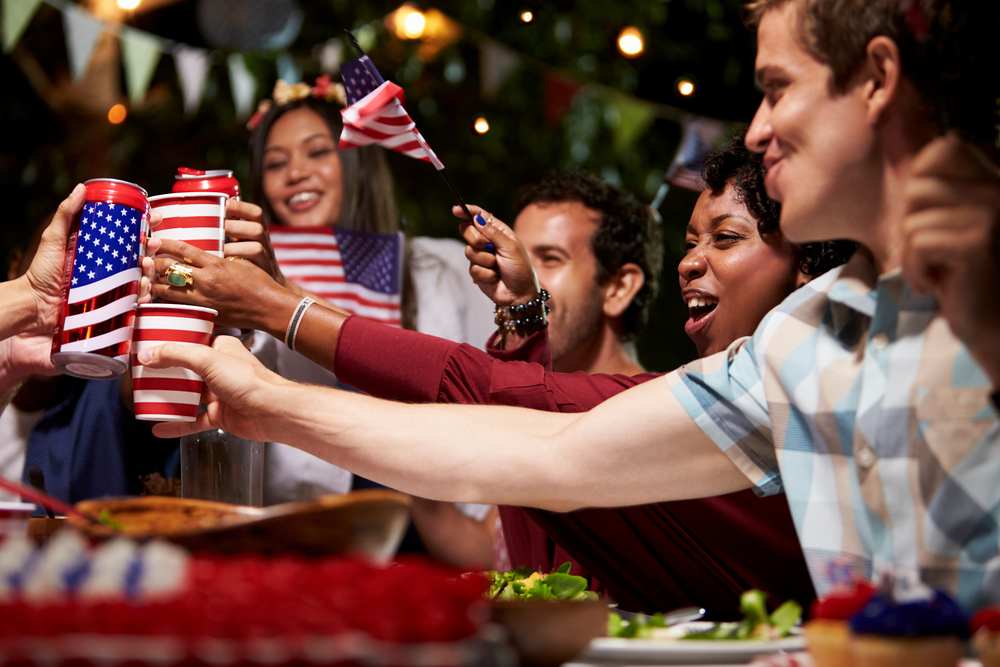 Fourth of July makes us think of parades, family barbeques, fireworks, and summer fun, but we also need to be aware of the dangers on this holiday, especially for teens.  It’s a shocking statistic, but more teens are killed in traffic accidents on July 4th than any other day of the year.

From Memorial Day to Labor Day an average of 8 teens, aged 16-19, die each day in car accidents. Many of these deaths involve driving under the influence of drugs or alcohol. Parents often think their teens are safe, but 50% of teens say they have been at parties with drugs and alcohol. At least 23% of teens admit they have driven under the influence of alcohol or marijuana. And 40% of teens said that they believe alcohol has no impact on their driving ability, or that it actually improves their driving skills.

Talk about Driving While Intoxicated

Teens sometimes find themselves in situations where they are being pressured by their peers to drink alcohol or use drugs. Help your teen to develop an exit strategy. Talk about what your teen can use as an acceptable excuse to refuse alcohol or drugs. Maybe they can say that they’re on a sports team that does drug testing and they don’t want to be thrown off the team. Maybe they can say that their parents always check them out when they get home, and they know they’ll get caught.

Tell your teen that you will come and get them any time they are in a situation that they want to leave. Agree on a code word or text they can use. So, that if they call and say, “I feel like I’m coming down with the flu,” you know that means they want to leave. Or they can text a single word or number combination, like “1-2-3,” and that means they want a ride home, right away. If other teens see the text or hear the conversation, they won’t know that your son is bailing out on the party. Your son is not embarrassed or humiliated in front of his peers, and you get him home safely. If you can’t actually drive her home, then arrange for a safe ride with a family member or friend, or even a cab or Uber. Give your teen the chance to opt for safety.

Many parents make a contract with their teens, written or spoken, that says if the teen has been drinking or using drugs, rather than drive under the influence, they will call their parents for a ride home .This deal also applies to riding home with another driver who has been drinking or taking drugs. The parents’ side of the deal is that they will go get their teen and bring them home – no questions asked. No yelling. No punishment.

Before you reject this out of hand, think about what this means. Parents who agree to this contract believe it’s more important to get their children home safely, than to be angry and punish their teens for breaking the rules and using drugs or alcohol. When teens call for a ride home, they are asking their parents to help keep them safe. In deciding not to drive home under the influence they have chosen not to endanger their lives or the lives of other drivers and passengers on the road. These parents do warn the teens that they will have a conversation the next day about alcohol and drug use. But for that night, their teens are home safe.

Watch for Signs of Alcohol and Drug Use

Be aware of the signs of drinking and drug use in your teen. Don’t assume your child would never drink or do drugs.  When your teen comes home from an evening out, stop and have a friendly talk with him. Notice how he walks, talks, and acts. Check her eyes to see if they’re red or bloodshot. While you give him a hug good night, check to see if his breath smells like alcohol, or his clothes smell like pot. If you do suspect your teen has been drinking or using drugs, it’s usually best to wait until morning to discuss it with her. You can say that you smell beer on her breath, but you’re glad she’s home safely now, and you will talk with her in the morning. Then be sure to have that conversation. Emphasize to your teen the dangers of his behavior. Decide what the consequences will be if your teen does drink or use drugs, and let her know in advance. Parents should be on the same page about what the consequences will be.

Be a Good Role Model

Parents are a teens’ primary role model. Set a good example and don’t drive when you are inebriated. If you know you’re going to drink at an event, plan ahead for a safe way to get home, like a taxi or rideshare service. If you’re going out with a group, decide on who will be your designated driver, the sober driver. Reward that driver by buying her dinner or paying her ticket to a concert or ball game. If you drink more than you planned, then call a cab and get your car in the morning, when you are sober and safe to drive. Make responsible decisions about your own driving, before you talk to your teen about the dangers of driving under the influence of drugs and alcohol.

Many traffic fatalities are also the result of driving while distracted. Drivers often talk on their phones, text, or use apps, like GPS, while driving. Warn your teen about the dangers of texting while driving. Make sure you’re setting a good example on this behavior as well. Is any text so important, is anything on your phone so important that it’s worth dying for, or worth killing someone else?  Again, make a deal with your teen – if he is riding with someone who is an unsafe driver, he can call or text you, with a code word, that means he would like you to give him a safe ride home.

If you feel that your teen is already heavily involved in drinking or drug use, then seek professional help. Talk with a school counselor or therapist or take your teen to a treatment center. Don’t assume it’s just a phase and hope for it to get better.  It very rarely does. Your teen may need help with addiction, depression, or other mental health problems, or with emotional or behavioral issues. Sometimes a stay at a treatment center or therapeutic boarding school can give teens the opportunity to focus on their issues and get therapy while avoiding negative peer pressure and daily stresses.

As the summer begins and the Fourth of July holiday approaches, talk to your teen about the dangers of driving while intoxicated, and driving while distracted. Tell your teen that her safety, and the safety of others on the road is more important than anything else. Let him know that if he makes a mistake and gets drunk or high, he can call you for a safe ride home.